How You Can Avoid Gaining Weight Over the Holidays 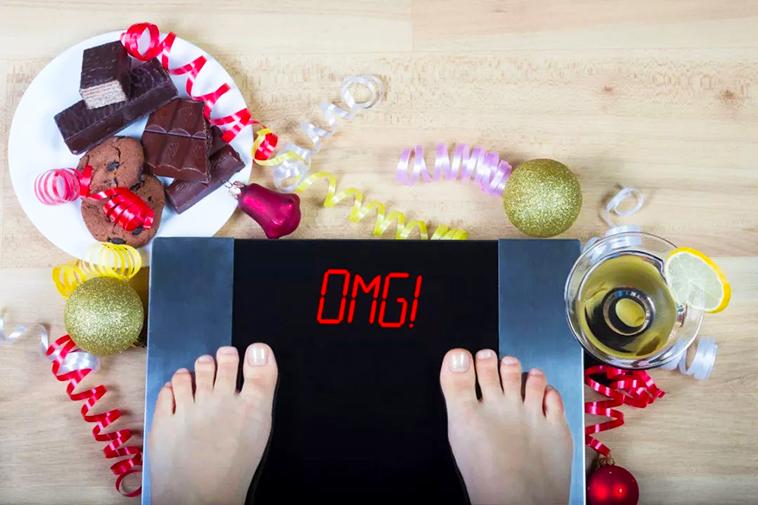 Making the resolution to avoid weight gain over the holidays is definitely one of the hardest things you can imagine. Almost everyone who is planning to celebrate the festivities of December, including Christmas and New Year’s Eve is also expecting to indulge in some extended eating and drinking. Compounded by the fact that colder winter days usually influence weight gain across the board, holiday weight gain is almost inevitable.

The beauty of the holidays, the friendships and ties that bring us together to celebrate and indulge are never to blame. The problem is that we eat a bit too much with almost no workout. Even so, you can do a few things to avoid starting the New Year with a weight problem you probably had tried to manage all year.

The holidays are those days in the year when some people will avoid breakfasts and other meals such as lunch to save their appetite for the real dinner or feast later on. Essentially, you shouldn’t change the way you eat and drink during this period unless you cannot help it. If you didn’t know, missing breakfast for instance can be disastrous and lead you to overeating and binge eating. Breakfast intake has a huge effect on your appetite, the amount of energy you will need for the day and both endocrine and metabolic food responses at lunch and dinner time. Most importantly, never miss breakfast and stick to one with some good protein to remain well stuffed throughout the morning until the next meal.

In fact, studies show that protein is what you need to maintain the healthiest possible weight. Protein-rich diets are superb not only at promoting a healthy growth of muscle but also at enhancing satiety. You can enjoy some roasted meat and chicken, turkey and plant based proteins such as beans and lentils.

2. Slow down your consumption

Do you eat fast and chew rather quickly? Even if you don’t, during the holidays you might find yourself chewing really fast and eating quickly than normal. You’ll have lots of appetizers to select from and maintaining a slow pace can be almost impossible. Even so, seek to eat slowly and chew without a hurry. Studies show that it takes a while for a person to feel full. Consuming your food at a slow pace will allow the body to get full properly and you won’t have to feel the urge for cravings and more helpings that will end up in weight gain.

3. At times we overeat on what we see

In most gatherings and parties the food is displayed allover and people are allowed to help themselves as much as possible. In most cases, people overeat because food is laid before them. They see roasted steak they’ve not tasted for months, drinks, chocolate drippings, cakes and many others and the desire to eat a little more is almost impossible to suppress.

If you’re at home you might want to leave food in the kitchen and serve restaurant style; bring to the table what you want to eat. By avoiding displays of casseroles, mouthwatering rolls, chicken and muffins you can actually regulate what you eat. After finishing food on your plate give it a while by distracting yourself with something. You can then make up your mind later whether you need another plate.

4. Watch the size of the plate

This holiday season don’t serve meals or eat from a larger plate. Studies show that eating from a small plate usually leaves you feeling fuller even after consuming less food. Tray-like plates (usually over 12 inches) are to be avoided for salad-like smaller plates (largely below 10 inches). Serving food on small plates mean that you won’t consume a lot of it and the brain will be tricked to believe you’ve eaten a lot more than you’ve thus feeling fuller.

5. Avoid added sugar as much as possible

Festivities come with appetizing pies, cakes, cookies among other treats with added sugar that studies show heightens risk for obesity, high blood pressure and cardiovascular diseases. The best bet is consuming naturally occurring sugar in foods such as whole grains, vegetables and fruits and only eating very small amounts of desserts if you’ve to. Sodas, corn syrup with high fructose levels and other beverages sweetened with sugar are better of avoided.

Most importantly though, learn to say no this holiday. Make up your mind first to say no to over-indulging and taking certain meals way before you appear in parties, dinners and other gatherings where delicacies full of fat, sugars and other unhealthy combinations are in plenty.