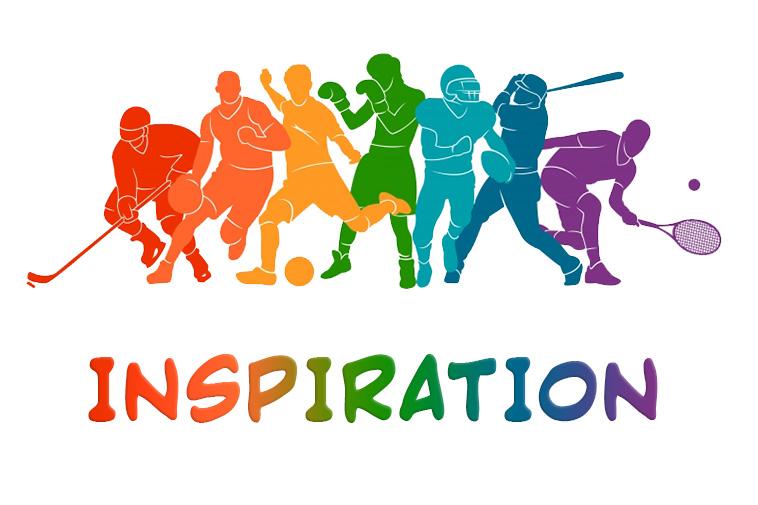 Athletes are a source of inspiration for people all over the globe, no matter their domain of activity. The intensive training, discipline and challenges they have to face make most of other people’s lives seem like a breeze. Athletes have been training since childhood to become who they are today and some of them even managed to change the industry for the better. Below is a list of four athletes whose hard work has made them into some of the most inspirational people to ever walk the face or Earth.

Her name is one, if not the most famous name in tennis history, as she managed, along with her sister Venus, to change the world of women’s tennis in more ways than you can think of. She managed to take professional women’s tennis to a whole new level and still holds the record for the most Grand Slam titles in women’s tennis throughout the entire history. She managed to overcome many injuries that seemed to throw her off her track, but each time, she came back more motivated and aiming for success.

Not only once was Federer referred to as the greatest tennis player of all time, and for good reason. Federer has managed to break a number of world records, 27 to be more exact. He holds the record for most consecutive Men’s Grand Slam finals, most Grand Slam single matches won for men’s tennis and longest time consecutively to be ranked number one. Federer is a known philanthropist and has made numerous contributions to various causes, including the famous 2010 match against Rafael Nadal, known as the Match for Africa, managing to raise more than $4 million.

Michael Jordan was regarded by many as being the greatest NBA player of all time, and who could argue with that? His career did not lack failures, but he claimed, whenever he got the chance, that those failures were the thing that built up his career, calling it his recipe for success.

Jordan is known for his numerous partnerships with various brands, including his famous Nike Air Jordan sneakers, introduced in 1984 and popular until today. In 2014, Jordan became the first billionaire NBA player in history, while also being the third-richest African-American person, after Oprah and businessman Robert F. Smith.

Bethany Hamilton is an American professional surfer and living proof that anything can be overcome. In 2003, she survived a shark attack, which left her without her left arm. She returned to professional surfing after the incident and wrote an autobiography named Soul Surfer: A True Story of Faith, Family, and Fighting to Get Back on the Board. The board and bathing suit that she was wearing are on display at the California Surf Museum, being a source of inspiration for people everywhere.

After the attack, it took her only 26 days to be back on the surf board, even with an amputated arm and she has dedicated most of her career to inspiring athletes everywhere.