Why Do Waiters Depend So Heavily on Tips? 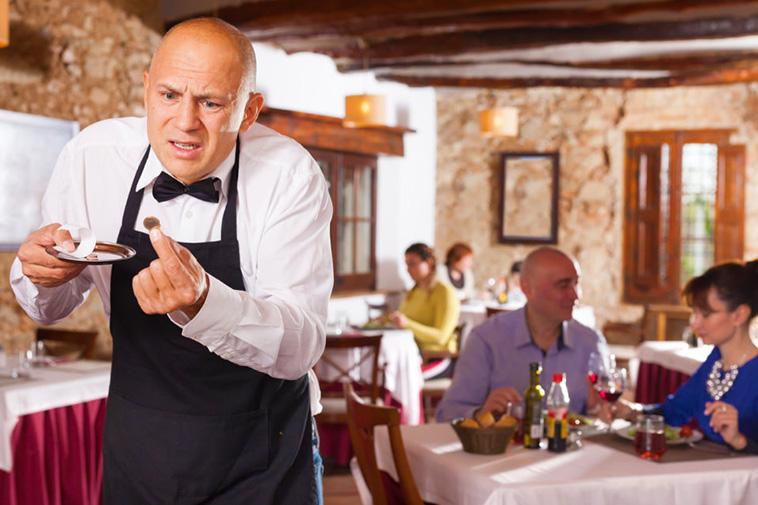 Tipping began sometime in the 17th century when European aristocrats instilled a policy of “noblesse oblige” and believed that they could get extra special service from barmaids. However, when tipping spread to America in the middle 1800s, the rich adopted the policy through the Civil War and it became an insulting form of racism all over the country after slaves were freed.

Why did tipping waiters begin?

When tipping servers began, women were still the majority of servers in the world, and male bartenders were probably the only men receiving them, as well. Originally, and still in some states in America, servers were always paid a small hourly wage based on the opinion that the rest of their daily wage would come from the tips they received.

Depending on the system of tipping for waiters in America became a tradition and with their checks usually being completely eaten up by taxes on the tips they make each week, usually it is just the tips they have, to live on and pay bills and support families. Some waitstaff are part-time workers adding to a full-time job they are not making enough to get by, and others choose restaurant work as their career.

Why is tipping so important to waiters?

As mentioned above, waiters are required to claim their tips at the end of each shift, so the restaurant ownership can report them on the server’s weekly pay-check. Most often, this brings their hourly wage down to zero, meaning that they are only left with what they made in tips to take care of their needs at home and for their families.

Tipping, though, is a sensitive subject to approach with waiters. Everyone tips differently and for different reasons. Sometimes you can give excellent service and not receive anything from a table, or you can give so-so service, and receive a fat tip. Some people don’t believe in tipping, others are tourists from a country where tipping waiters is not considered. Then you have your patrons who are set on just a 10, 15, or 20 percent tip regardless of what occurs during their meal. They will tip the same every time.

If you are a waiter trying to make a living, like anyone else, you’re no different than every other worker out there. Waiters pay taxes, waiters have bills and children, and homes, and every tip they get makes a difference in how their week is going to go for them.

A bad night at the tables can end up being a bill not paid, a mouth not fed, or a lack of gas in the tank to get to the next day of work. Due to their pay-checks rounding down to zero most often, a table who doesn’t tip is not only getting free service, but it is like stealing an item from a store, because part of the product you received in expectation was the waiters ability to take your order, bring you drinks and get you your food nice and hot. They are part of your night out and they deserve to make something for their physically difficult job.