Most Bizarre Trump Tweets Of All Time 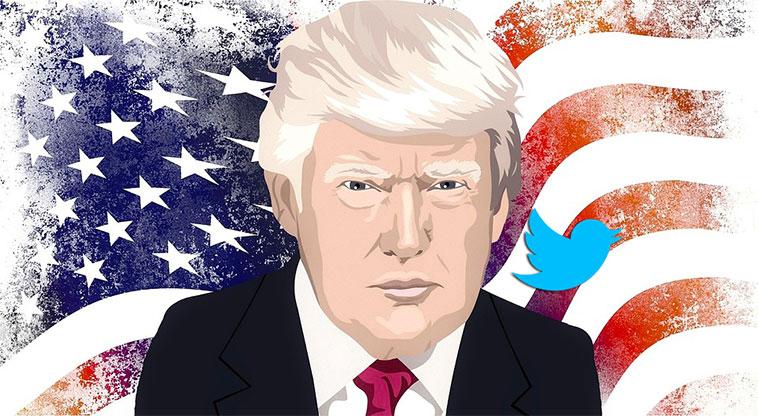 FDR may have been famous for having fireside chats, but Trump is famous for something far more entertaining – his 3am rants on Twitter! It seems that never a week goes by without the president being in the media for a crazy or bizarre statement that he’s made. Here are some of the most unusual tweets from the leader of the free world.

See You In Court

The first thing that the president worked on after being inaugurated was passing a ban on Muslim travel. If that wasn’t bad enough in itself, when the Court of Appeal upheld a block on the ruling, Trump tweeted to the court that he would see them in court. That made absolutely no sense!

One of Trump’s strangest Tweets ever came in January 2018 after rumors had spread in the media about whether or not the president was actually mentally deranged. He responded with a Tweet pointing out that his two top assets through his life have always been his mental stability along with “being, like really smart”. Perhaps one of his greatest assets hasn’t always been his way with words.

In March 2018, Trump used Twitter to threaten physical violence on Joe Biden. Not only did he accuse his rival of being weak, both physically and mentally, but he threatened that, should Biden physically assault him, he would “go down fast and hard, crying all the way”. Not quite what you’d expect from the president!

We know that Trump has denied that global warming exists, but he took to Twitter to denounce the existence of climate change in November 2018, pointing out that an extended bout of cold weather was predicted to break all records and stating “whatever happened to global warming”!

The president is known for his shocking tweets about the border wall that he wants to build between Mexico and the USA, but perhaps one of the most bizarre came in December 2018 when he posted a strange cartoon picture of a metal fence with a spiked top along with a caption reading “a sign of our steel slat barrier”.

Apparently, it would be totally effective yet beautiful. We’re not sure which was the most ridiculous thing about this caption, whether it was the fact that the metal slats were anything but beautiful or whether it was because that wasn’t even one of the designs being touted for the wall in the first place.

With 2019 not over yet, who knows what the POTUS will have to say over the remaining months. Whatever he has to Tweet, you can rest assured that at least some of his statements will keep us laughing and shocked in equal measure! Perhaps they’ll even exceed these ones in their bizarreness!