A Look at the Gender Pay Gap in Hollywood 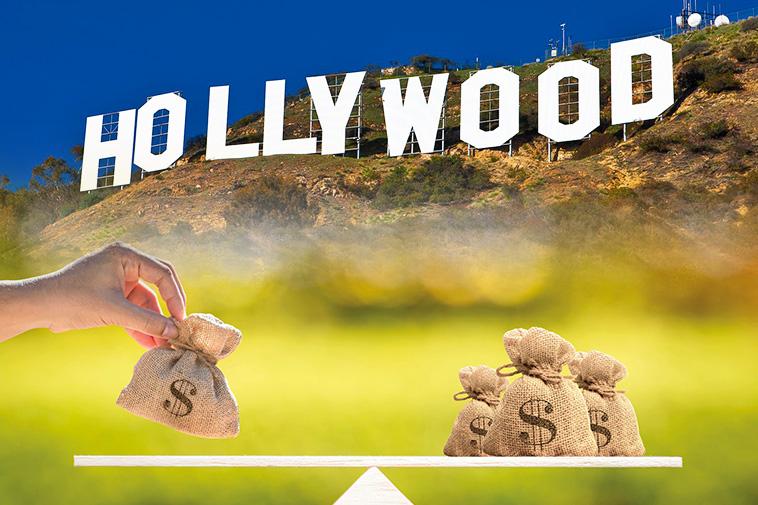 Every year, the A-list celebrities, actors, and actresses stroll down the red carpet at the Oscars. This archetypal celebration of the year’s achievements in film is viewed by millions of people all over the world.

There is no doubt that Hollywood is at the center of the world’s movie industry, releasing many multi-million-dollar movies year-on-year. The recent controversy of the #MeToo movement, various scandals and a row about the gender pay gap has brought some unwanted scrutiny on Tinsel Town.

Let’s take a look at the gender pay gap in Hollywood, and just how widespread the problem is.

What is the Gender Pay Gap?

Across much of Hollywood, there has been an outcry at the gender pay gap in recent times. The increased scrutiny of amounts paid between male and female actors for their roles in movies has made news all over the world.

In a well-known story, Vanity Fair reported that one of the stars of American Hustle were victims of this scandal. Christian Bale, Bradley Cooper, and Amy Adams were paid varying amounts for their performances in the hit US movie.

While each of the actors spent a total of around 45 days filming on-set, Amy Adams was paid a different fee. It was reported that Amy Adams received half as much as her male co-stars for the same amount of work.

The Movement For Equal Pay

There is no doubt that many female actors across Hollywood feel strongly about this issue. The call for wage equality across the industry has been at the forefront of many of the silver screen’s top actresses.

Stars like Meryl Streep, Jennifer Lawrence, and Charlize Theron have demanded that production companies pay all performers equally. A-list celebrities like those listed have made their views known publicly, and many others have added their voices to the call for equal pay.

How Bad Is It?

People in the media and society will wonder what the problem is with issues like the gender pay gap in Hollywood. They will see actors and actresses, who are millionaires, complaining about ‘a few bucks.’

According to Forbes, it was reported that the top-ten highest-paid male actors earned over 70 cents more, on average, than the top-ten female actors in Hollywood in 2018. Clearly, statistics like that are frightening to those campaigning for gender pay equality.

What Does It Mean For Me?

Across the US, there has been much controversy about the gap in pay between male and female co-workers. Issues like the gender pay gap in Hollywood may have far-reaching implications for other industries, including yours.

There is no doubt that Hollywood has had its share of scandal and uproar in the past few years. There is hope that those at the heart of Tinsel Town will be able to rebuild for the better.

With performers of color, the gender pay issue, and gender discrimination all highlighting issues within Hollywood over recent years does that mean it will change for the better? Only time will tell.