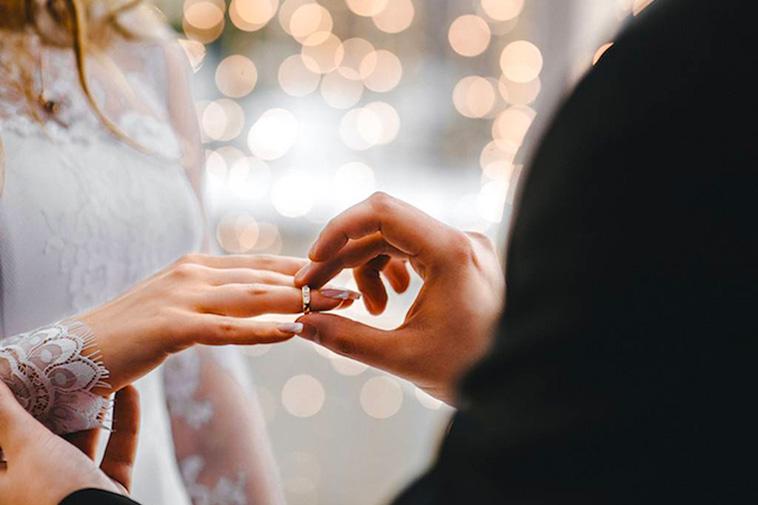 Newly-engaged couples are excited to create the wedding of their dreams. Planning for the big day is easier when you have unlimited assess to jaw-dropping venues, expert wedding planners, and of course, cash. Some of my favorite celebrity weddings occurred in 2019 and these couples got married in style. Let's see who made the list of celebrity couples:

This is the match-up of married celebrities where I think millions of women and men wept. The news of the Sexiest Man Alive's engagement was upsetting enough, but he went through with his promise and married actor and beauty queen, Sabrina Dhowre on April 26. For three days they celebrated the union in Marrakesh. Does anyone even know where that is? Yeah, I think the obscure location was on purpose so he could avoid anyone standing up and giving a reason why the two shouldn't be joined in holy matrimony. I'm just kidding. Best of luck to the happy couple.

It seems like all the stars show up for Instagram, including ‘The Rock’. Well, on August 18, he announced he and his ride or die, girlfriend Lauren Hashian, tied the knot in Hawaii. Yep, he let the cat out of the bag. He simply said, “We do” along with a couple of pics from the ceremonial event. Good luck, Dwayne and Lauren!

This year put the spotlight back on the Jonas Brother, but more specifically, Joe Jonas and his beautiful girl, Sophie Turner. It was a surprise to many that an Elvis impersonator would officiate the couple's nuptials, but the two got married in Las Vegas right after the BMA's on May 1. Why were we surprised? The plan was to get married in France later this year, that's why. Anyway, kudos to Diplo for streaming one of the top celebrity weddings live on Instagram.

Yes, the perfect couple, Zoe and Karl, tied the knot, so they are officially husband and wife again. How did we find out? It was a US exclusive, of course. The couple did not have a big to-do in May, however, they held their June wedding at her dad's (Lenny Kravitz) beautiful 18th Century mansion and elaborate gardens estate. Zoe's mom, Lisa Bonet, and stepfather, Jason Momoa graced the place with their lovely faces. Dig if you will all of the beautiful ones at this wedding.

If you were like me, you drooled at the sight of the devilish actor, Tom Ellis, and even mumbled “I love Luci” (Lucifer) as if his father wouldn't hear it. Still, Meaghan and Tom got married earlier this year on June 2 after a four-year courtship. Ellis took to Instagram to announce the wedding shortly after the ceremony. The sexy New Yorker, D.B. Woodside, was there to officially congratulate his television brother along with costar, Lauren German.

If you watch Love & Hip Hop: Hollywood, you may be a fan of the bride and groom, Safaree Samuels and Erica Mena. Their fans and haters, too, watched a video posted on Instagram on October 8, maintaining the two were “Married.” The footage amused viewers, showing off their customized wedding rings. Read it and weep, people: “10-7-19 MR. & Mrs. Samuels.” And if you didn't know, Erica is pregnant.

One of my favorite people on Vanderpump Rules is Jax Taylor. After the year-long engagement, he finally put a ring on costar Brittany Cartwright June 29. The nuptials were held outdoors at an arresting castle in Kentucky. Of course, the leading lady, Lisa Vanderpump and husband, Ken Todd were there to join the couple on their special day. The line up of bridesmaids included costars Stassi Schroeder, Kristen Doute, Lala Kent, Ariana Madix and Scheana Shay. Tom Schwartz and Tom Sandoval stood as Jax's best men. Congratulations Jax and Brittany.