6 Rules For Dating a Co-Worker 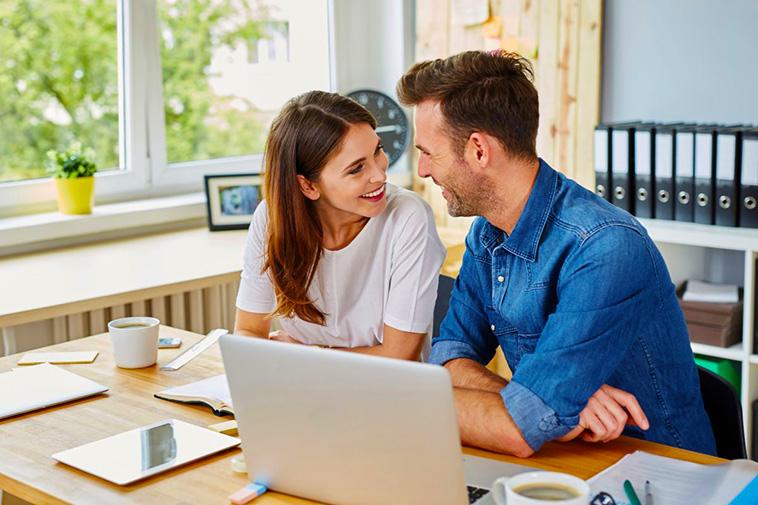 Office romances happen every day. They happen mainly because you spend more time with co-workers than you do your immediate family and friends. With more people working longer hours, it's hard to avoid.

If you submit to having an office romance, it could be a little awkward. What happens if you break up? You both could be mature enough to not let personal lives interfere with work, but will you? At the very least, it's something to consider before deciding to commit to someone you work with.

Career Builder did a survey and they found nearly 36 percent of employees have had intimate relationships with a co-worker. The good news is a third of the relationships ended in marriage. Since you're your own person, you need to decide whether dating a co-worker is worth your time and if you can deal with the consequences. To help you make a sound decision, here are a few rules to consider.

Get to know the person outside of work before you decide if you like them or not. The office personality is most of the time different from the one you see socially. Realize it will take more than a couple of meetings to know this person. We suggest using the 3-month rule.

Can you get fired for dating a co-worker? It's possible. One of the steps to take is to read the company handbook and find out their policy on work related relationships. If the handbook doesn't have any policies or rules against dating co-workers, then talk to your supervisor personally. Although it isn't written, there may still be some sort of guidelines to follow.

Do Your Best Work

When at work, do your job to the best of your ability. You don't want to give anyone an excuse to say anything negatively because you are in a relationship. Be on time and carry on as if you were not dating a co-worker.

If you're secretly dating a co-worker, it's best you don't tell anyone that doesn't have a need to know. Not everyone will be happy for you. Wait until you're sure the relationship has a future and discuss it with the appropriate people.

You may be tempted to touch your girlfriend or boyfriend during working hours, but the rule is don't show PDA while at work. No flirting at work, hand holding, no blowing kisses in the air and no footsies. To my experience, there's always someone watching. Even when you don't see people, people see you and at the worst possible times.

In addition, don't talk about what you guys are doing tonight, don't let on you are beefing with each other. Besides, your co-workers may feel out of place while you tell your inside stories. Don't be rude, keep the relationship at home or at least out of the ears of your co-workers.

One thing you don't want to do is date your supervisor or someone who has authority over your job. On the same note, you don't want to go out with someone who reports to you. You run the risk of being accused of sexual harassment, showing favoritism or just the opposite when the relationship isn't going right.

Know There are Perks to Dating a Co-Worker

Is dating your co-worker a bad idea? Workplace romances are not all bad. They do have some advantages. If the event they are allowed, you get to ride to work together, do lunch together and take breaks together. Just remember to keep it professional when at work, there's no reason why you shouldn't enjoy the time you spend together during working hours. One word of advice: don't stop spending time with your respective friends and family. Too much time together can sometimes kill a romance.