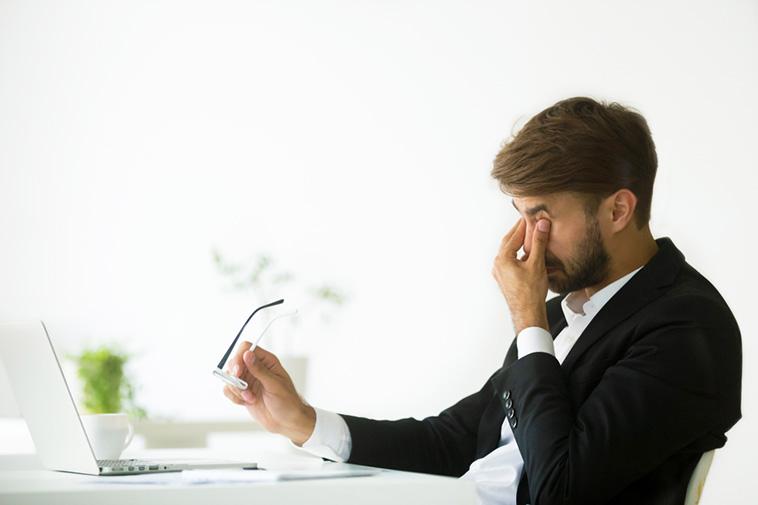 Digital eye strain is an unfortunate part of most wireless lifestyles these days. You'd be hard pressed to find anyone who doesn't have a cellular device, tablet or laptop. Those who don't aren't worried about doing damage to their eyes by binge watching episodes of Lucifer and Power. Certainly, anyone who has to look at a computer screen all day could use a break.

Surprisingly, 80% of the people who use wireless devices spend over two hours on them. What's more, 67% of them are using two devices simultaneously. Of those individuals, 32% experience eye strain, dry eyes, and blurred vision. What's even more shocking is the glow from the computer screens is linked to retina damage, plus it reduces melatonin levels, preventing people from getting a good night's sleep.

Yes, you're being robbed of your sleep right before your very eyes. How do you get your melatonin back? Well, we have come up with a few free apps to reduce digital eye strain, therefore you can take back your restful night's sleep and your 20/20 vision.

ProtectYourVision could be the most popular free app on the market. One of the top features is its customizable break plan.ProtectYourVision will sound an alert at break time. Not only that, but it turns the computer screen to black, but don't panic. It's only temporary. When necessary, you can overrule the blackout, so you're always in control.

Take away the blue light on the computer screen and you can reduce your eye strain. It's as simple as that. Choose “Recommended Colors” on the f.lux app and it will tint your screen. You also need to enter your zip code, but the application will take it from there. Why do they need your zip code? So it can automatically adjust the brightness by the time of day or night. The transition is pretty cool. It's almost like watching the sun set. Your screen will go from dark to darkest the later it gets.

Android users love using Twilight. In fact, many Twilight users say they wouldn't use any other free app. The app is almost like f.lux whereas it uses location services to determine sunrises and sunsets in your area.You can make various profiles and turn it on and off without hassle, so lighting is never an issue. Decide on intensity, color temperature, plus other custom features.

Only Mac users get to use Time Out to their advantage. It allows the users to work in increments of 50 (minutes), leaving the remaining time for a mini-break. Well, you don't have to break, but your computer is going to take one. Unless you tell it otherwise, it's blocking you for the next 10 minutes.

Ergonomics works best for people who already have free apps to reduce digital eye strain. Ergonomics is something different entirely in that it wants you to stretch your body, not just your eyes. Take the time and roll your shoulders back, do side twists, or strike a yoga pose.

Eye Pro works only with Windows, but it's a bit different from the others in that it attempts to make you blink and restore moisture to the eyes. If you haven't noticed, you don't blink as much as you normallly would sitting behind a computer screen. To prevent this, Eye Pro pops up with encouraging messages that reminds you to blink your eyes.

Nocturne is a seasoned app but it also takes an unique approach to reducing digital eye strain. You have more choices with Nocturne when it comes to display. Check out the tint possibilities, shadow effects, color changes and more.