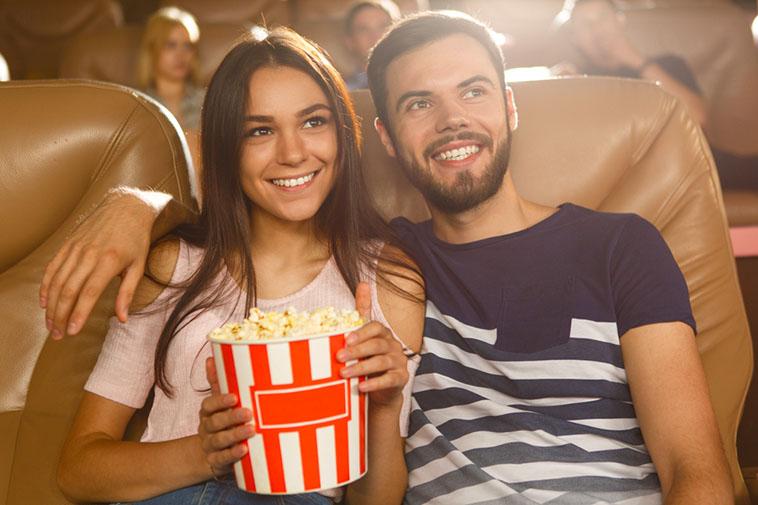 2019 could be dubbed The Year Of The Comedy. Several new concepts and thinking-man’s movies were produced and contained plenty of humor, excellent writing, plots, acting and directing. Here are three of the best of 2019.

Blinded By The Light

This fun and humorous movie looks at that time in teenage life when just the right musician or type of music strikes a chord with your heart and soul and can partially shape your life’s outcomes. This movie is filled with exciting scenes that are infectious and reminds you of what it’s like for something to transform your world.

Bruce Springsteen music fills out the comedy about life in an immigrant family, the push to become part of the world by the young generation, and the challenges parents face in seeing the world changing traditions.

All the acting is excellent, however the star – Kulvinder Ghir – lights up the screen with poignancy, grace, sadness and humor all wrapped up in one superb performance. It is also a father-son drama, mixed with timely humor, and the music is the glue that holds the pieces together.

Sword Of Trust consists of excellent improvisational actors who can take situations in scenes and turn them into witty, visual gold. An ironic twist surrounds the story that makes fun of the type of people who get caught up in ridiculous lies, by turning the tables on those who ridicule that sort of folks.

There are many shocking turns while the group we follow pursues truthers and their cash amusingly. The movie delivers a poignant monologue from the character Mel about what brought him to the pawnshop in Birmingham. The movie is funny at the right moments and showcases well directed comical turns.

However, comedy turns to truth near the end when we are given a view of those who never stop loving, people we adore and are unable to help, and learning how to decipher between the two.

This film about a historical comedy team who began at the out-start of Hollywood films offers a heart-filled look at Stan Laurel and Oliver Hardy. From the opening scene in a dressing room, through the ups and downs of their careers, this story is written passionately with a sense of awe for the two by Jeff Pope.

The direction chooses to honor the memory of a bygone era that included a bit of dancing, some singing, just the right amount of slapstick and stage pattern all tied up with a bow into one package spanning a partnership that lasted 30 years.

Steve Coogan and John C. Reilly outdo themselves with transcendental performances dashed with the spirit of the 30s, intelligent humor and physicality that uncannily mirrored the original performers.

2019 was filled with many excellent comedies, and performances, but these three were a few of the most respected and honored by the critics.