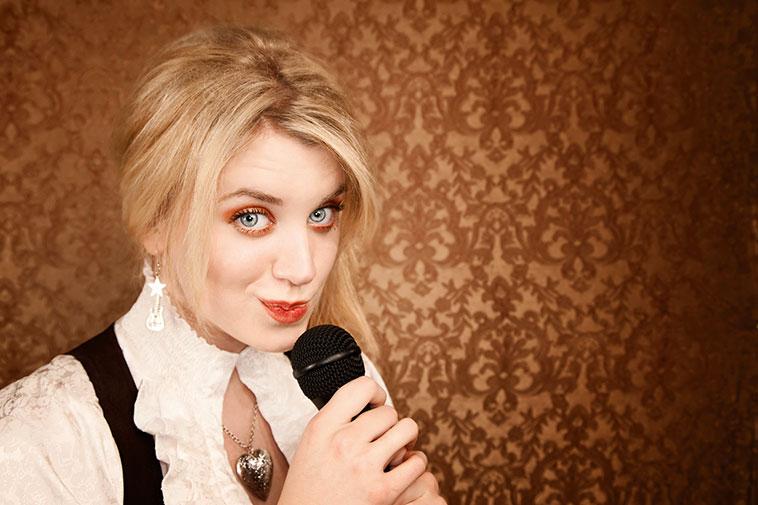 Jen Kirman is not shy to talk about what it’s like becoming a mid-aged woman. Having once bragged about having no wrinkles while turning 40, she did announce that the elves who once died her pubic hairs now had a nice severance package.

If that’s not an example of what kind of humor you’re going to get from Jen, find out for yourself by watching her in the film I’m Gonna Die Alone: (And I Don’t Care), on Netflix.

Leslie Jones quickly and easily became one of my favorite female comedians when she first popped onto Saturday Night Live all bold and brash. She is not afraid to use her own dilemmas as punchlines, loves to create “trouble” with small moments of instigation on SNL, such as her continuing romance saga with Colin Jost. She will be the first to hound on her six-foot frame, or size 12 shoes.

Leslie is bouncy, full of spirit, and is just downright funny as can be. Many people would rate her as one of the most physically daring comedians in America. Unfortunately, she has left SNL, but her movie career seems to have taken a stronghold, just like her personality, and we think the sky’s the limit for someone like Leslie.

Amy Schumer is not everybody’s favorite comedian, and some find her too crass and just not funny. However, don’t let that opinion deter you from watching this beautiful comedian rise to the top of her game in one of her standup gigs – they’re truly hilarious and wickedly honest.

Amy has appeared on SNL, and collected a huge following around the world. Her direct, saucy, and sometimes raunchy humor seems to strike an accord with many fans, and the furioulsy building list of movies she is producing doesn’t look to be slowing down anytime soon. Check out her newest physical comedy in Growing.

Ellen Degeneres is a legend, still in the making. Her career began with stand-up routines in the 1980s, including an appearance on Johnny Carson’s historical Late night talk show. After that her life went into overdrive and she was starring in a show with her name as the title.

Ellen hit a dry spell in the 90s after admitting publicly she was a lesbian, but it didn’t take very long for that shock to wear off, and her career got going again. Ellen is now one of the most famous female comedians of all time.

Ellen stars in her new Netflix film Relatable. Recently, in an interview, she mentioned how she told someone she was quite relatable, and at that moment her butler walked in to the room. Her humor tends to tickle your soul.

Whichever comedian you lean toward, or should we say comedienne, there is a wealth of talent out there to get you chuckling in a way only women can make you.